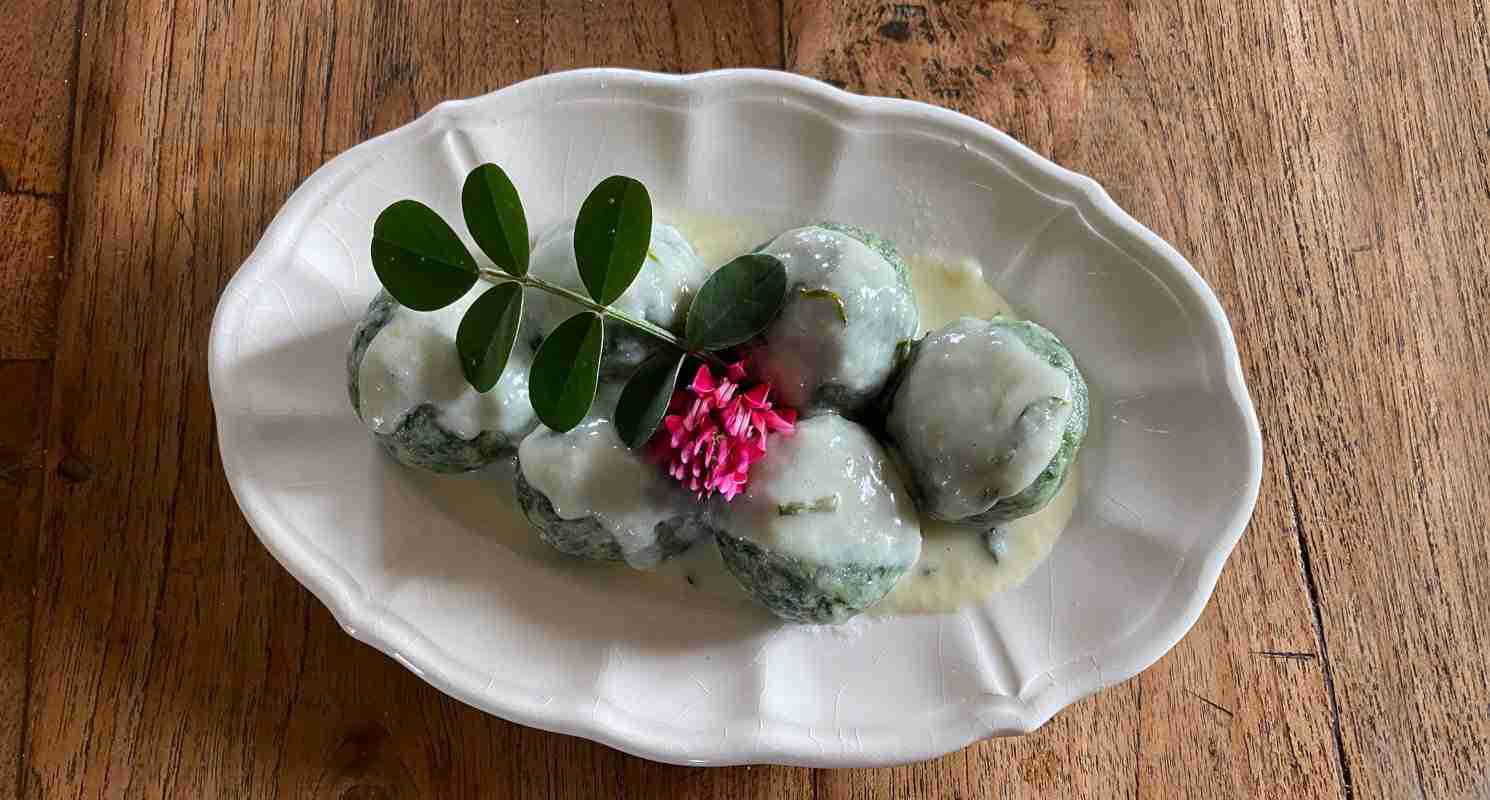 – The Etruscan recipes of OLEA PRILIS –

Almost all Tuscan recipes have ancient roots, most of them dating back to the Etruscan civilization. The “gnudi” are also among these. In Siena they are called “malfatti”, because they resemble something “badly made”. While in Arezzo, they are known as “gnudi”, that is “without a shirt”, because of the absence of the pasta sheet that would encase them into a ravioli. In both cases, they are large naked gnocchi-like dumplings made with ricotta cheese and green leafy vegetables, even wild ones, provided they are edible, obviously. The “gnudi” are commonly made with spinach, but you can make them with wild radicchio, or with borage (starflower), or with Sulla coronaria leaves, and you can also make them with chard, in short, you can really let your imagination go wild.
To evoke the Etruscan version, you should use chard as your green leafy vegetable. The ricotta cheese absolutely needs to be from sheep or goats, the pecorino cheese should be mature and made from unpasteurized milk and the olive oil has to be extra-virgin.

Extra virgin olive oil. The Etruscan society had a predominantly agricultural economy, relying on very fertile land. In Etruria in the seventh and sixth centuries BC, the cultivation of olive trees spread especially in the present-day Tuscany – on the coastal plains and on the hilly interior. From the fruits of the olive tree, olive oil was obtained with which they seasoned the food, but the olive oil was also used to prepare ointments.

Chard. An ancient plant, native to southern Europe, in particular in the Mediterranean region, where it has always been spontaneously growing. The whole plant can be eaten, including the leaves and the stalk. 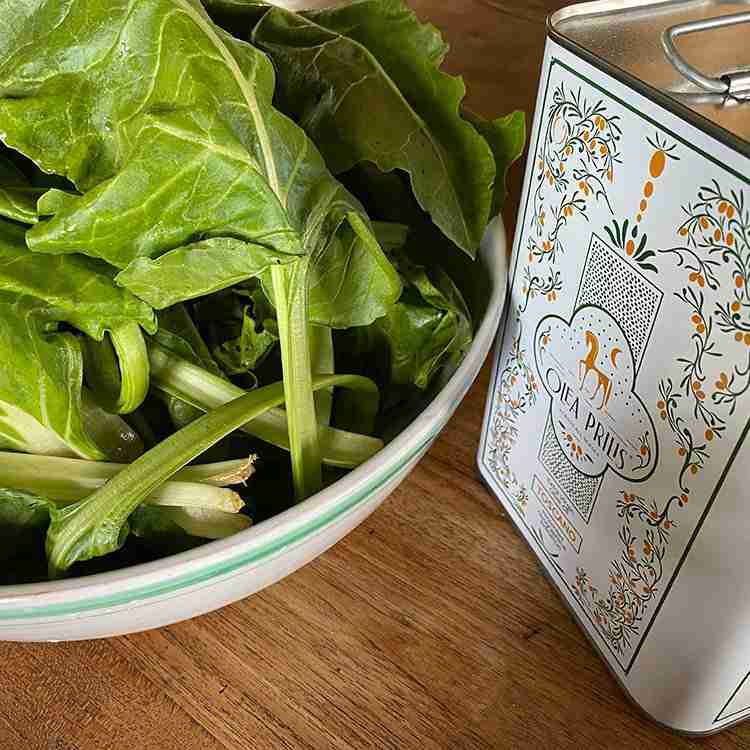 Eggs were a symbol of wealth and fertility and they had a central role in the life of the Etruscans.
It was a belief that made them the protagonist in various moments of the Etruscan daily life. Considered a well-wishing food, in fact, they were ever-present as appetizers or starters for meals enclosing the concept of life and death. 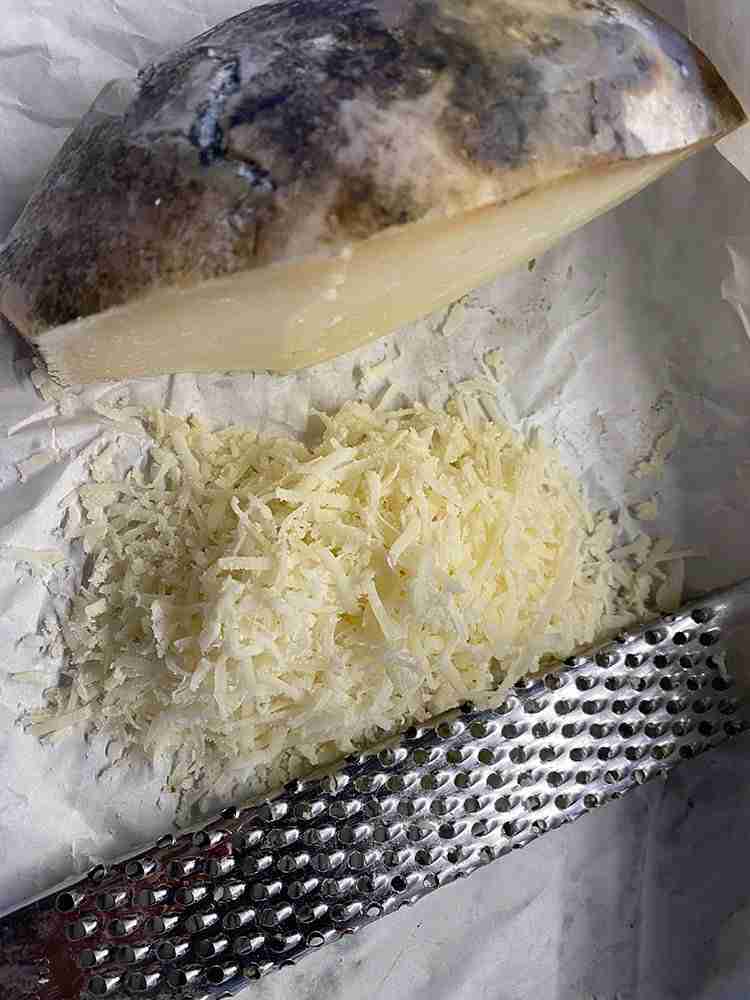 Sheep cheese: with the use of vegetable rennets such as twigs, fig milk, artichokes and vinegar, its preparation was developed by Etruscans who preferred sheep or goat’s milk to cow’s milk which they considered harmful. The breeding of cattle was mainly oriented to their use in plowing and in various agricultural operations.

Flour. Grains were at the base of the Etruscan diet: wheat, spelt, barley, and a kind of millet were the most common and they were eaten as polenta and as farinate, but also used for pasta which was already widely known by Etruscans, marked with the term makària or “blessed food” because it was offered in propitiatory rituals. 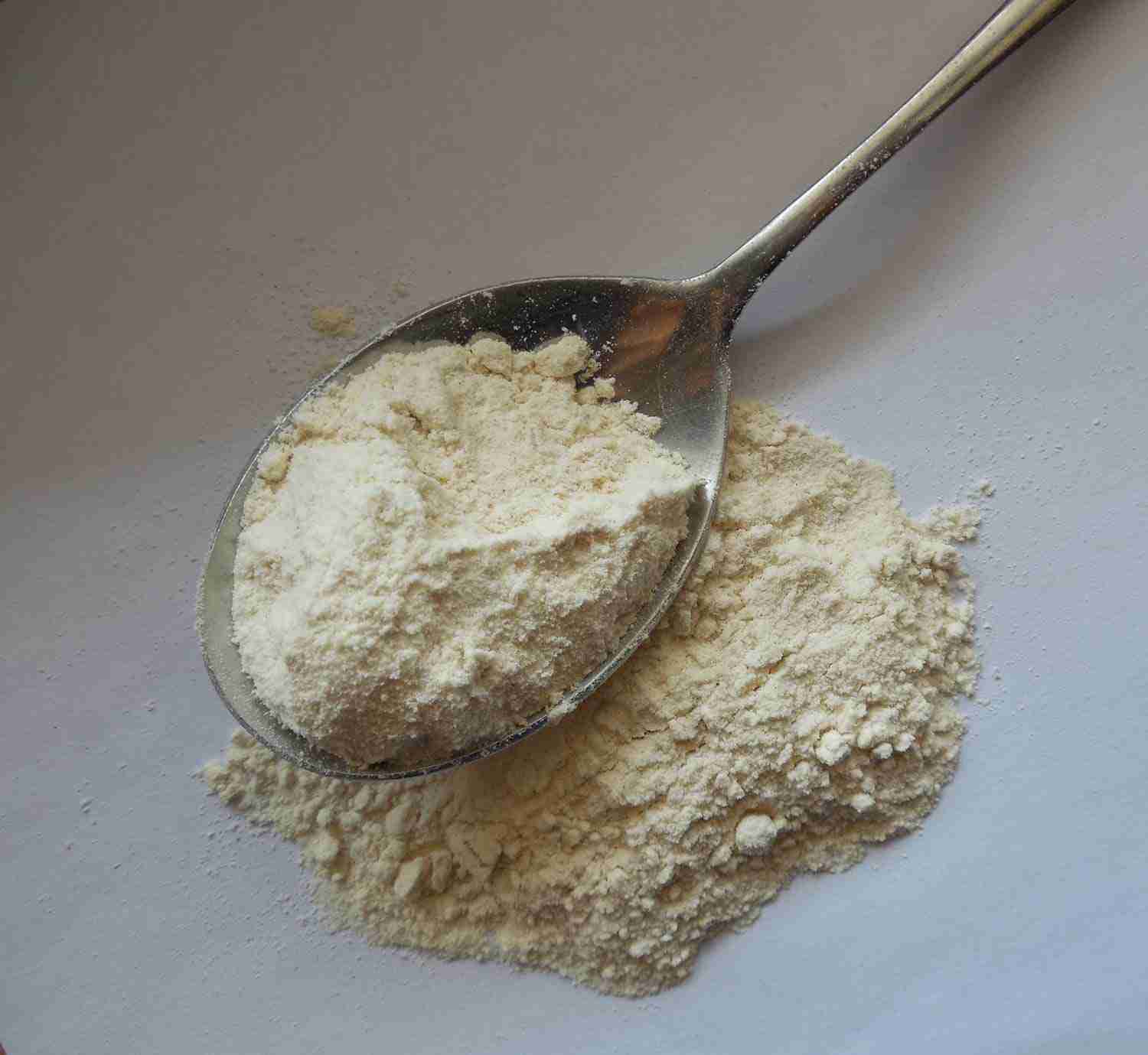 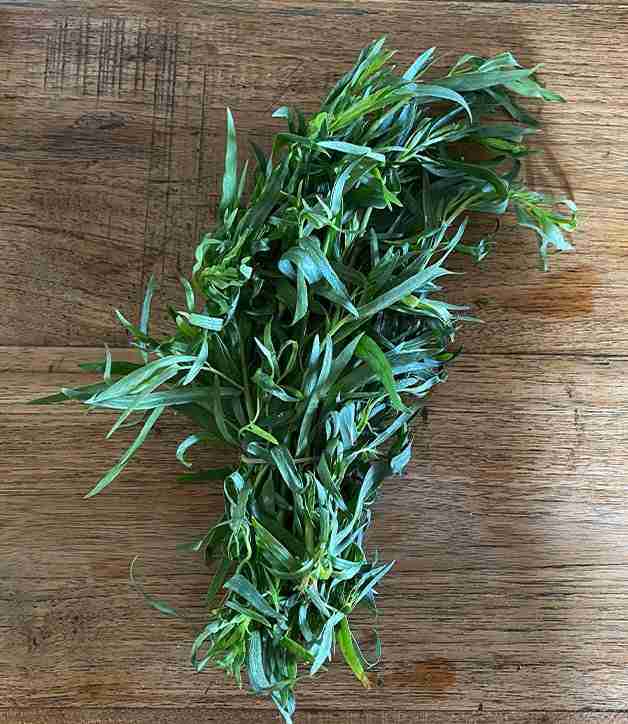 Savory Plant: Probably the name derives from “sauce”, “gravy” to indicate the aromatizing properties of this plant in the kitchen. Others refer to a Latin name to denote the “salty herb”. Also known to the ancients and recommended by Virgil as an excellent tree to be planted near beehives.

Rinse the chard well, at least three times, in plenty of cold water to remove all the dirt.
Put some water in a large pot, just enough to cover the bottom, and bring it to the boil. Then add a little salt and put in the chard, cover, and leave to boil for a few minutes until the leaves and stalks have softened.
In the meantime, prepare the pecorino cream by putting 100 grams of grated pecorino in a thick-bottomed saucepan, add three tablespoons of Olea Prilis extra virgin olive oil, a little vegetable broth or some boiling water from the chards, add the finely chopped savory herb and stir until a cream is formed, then turn off the heat.

Strain the chard really well and let it cool down. Once cool, squeeze out as much moisture as possible. Transfer the chard to a chopping board and chop with a large knife and again press out excess water.
Now place the chard in a large bowl and mix it with the ricotta cheese – with the whey already drained off – two eggs, 100 grams of grated pecorino cheese and two or three tablespoons of flour.

The dough mixture should be soft and sticky, yet firm and not too moist nor too dry. Add a pinch of salt, without exaggerating, as the pecorino is already quite salty. Finally, sprinkle with pepper.
Once you’ve got the right consistency, with well floured hands, make some large balls approx. 4cm in diameter (about a tablespoon and a half of mixture). Place the balls on a well floured pastry board. In the meantime bring a large pot of salted water to boil.

When all the gnudi are ready, with the help of a skimmer, gently put them in the water in 2 or 3 batches so that they don’t get “overcrowded”. At the same time, add another spoonful of broth to the pecorino cream and simmer it over low heat.
As soon as the gnudi float to the surface, gently remove them with a skimmer. Drain them well and place them on a serving plate, pour the pecorino cream over them. Garnish with a drizzle of olive oil and, if you have them available, add some edible flowers.

Olea Prilis extra virgin olive oil, with its pleasant notes of chicory, goes really well with this recipe which has a predominance of sweet flavors. 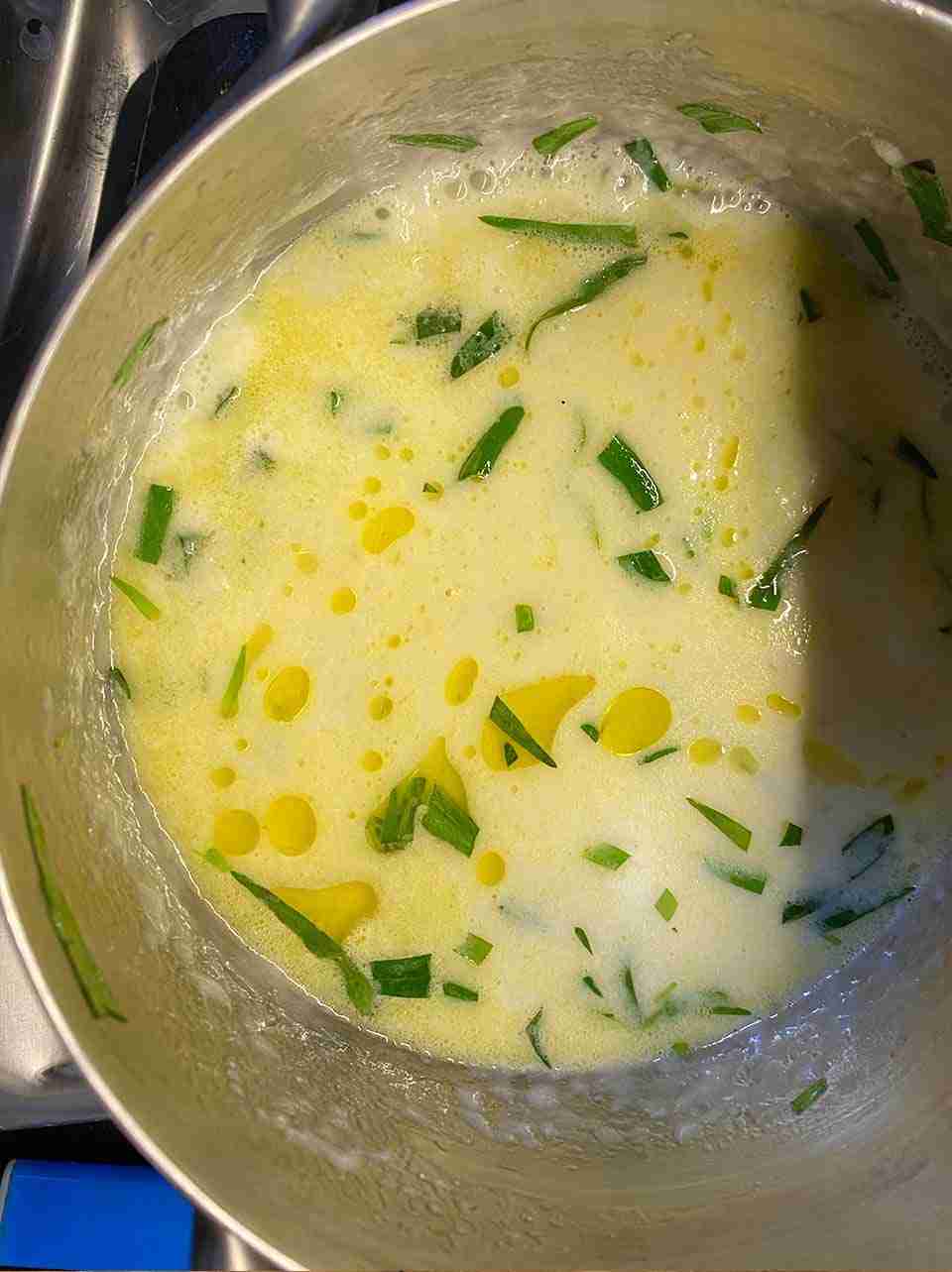 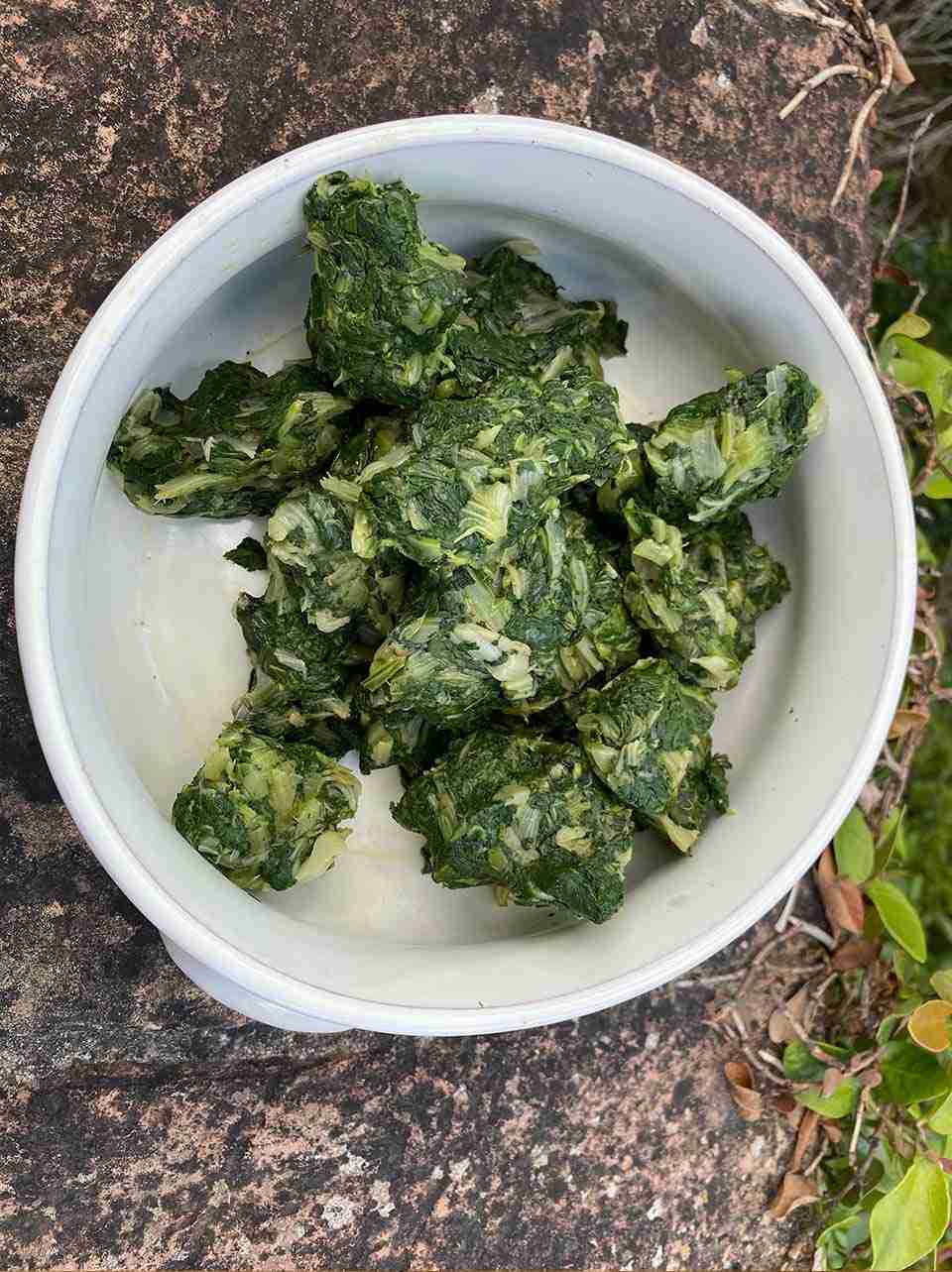 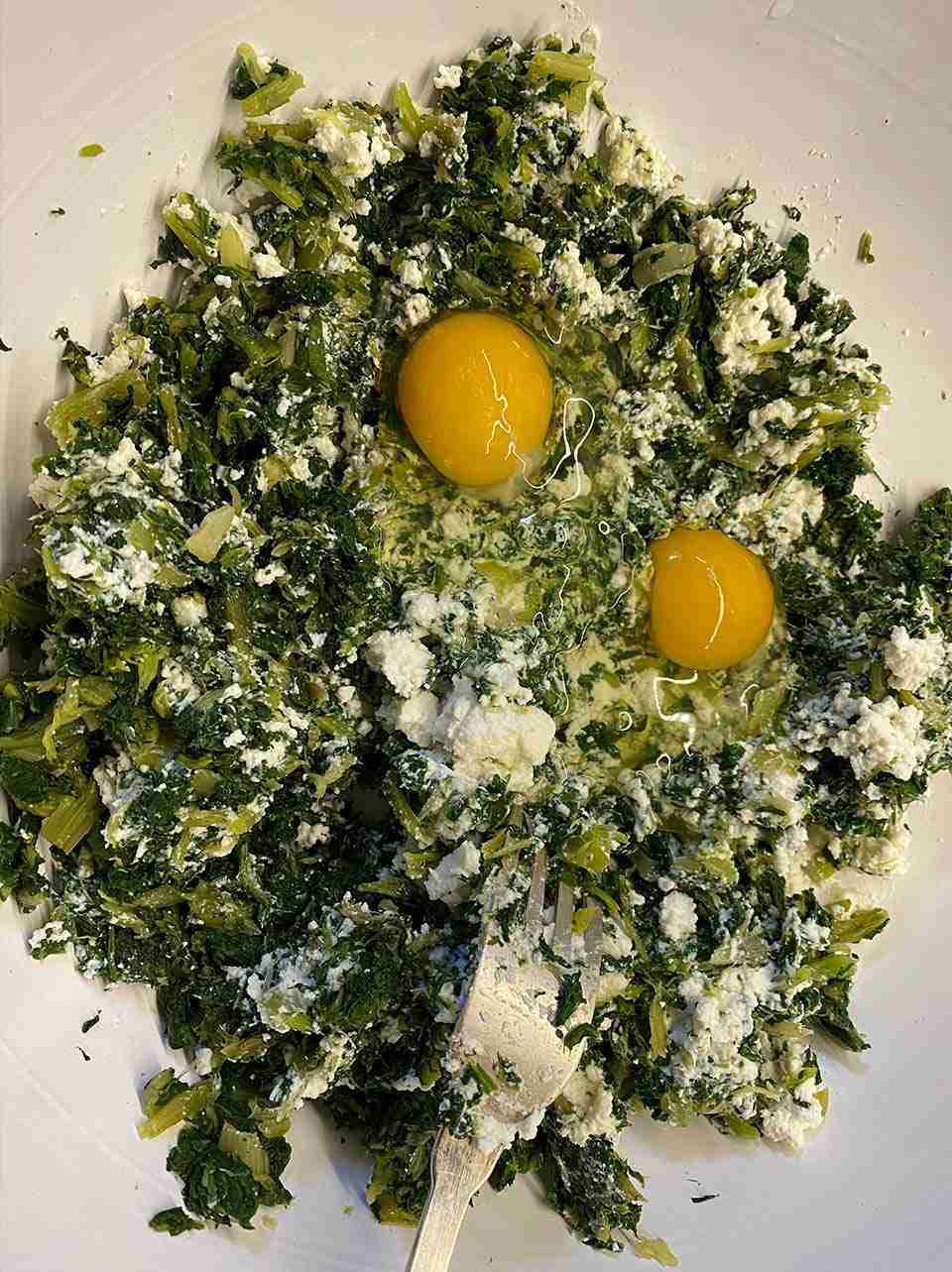 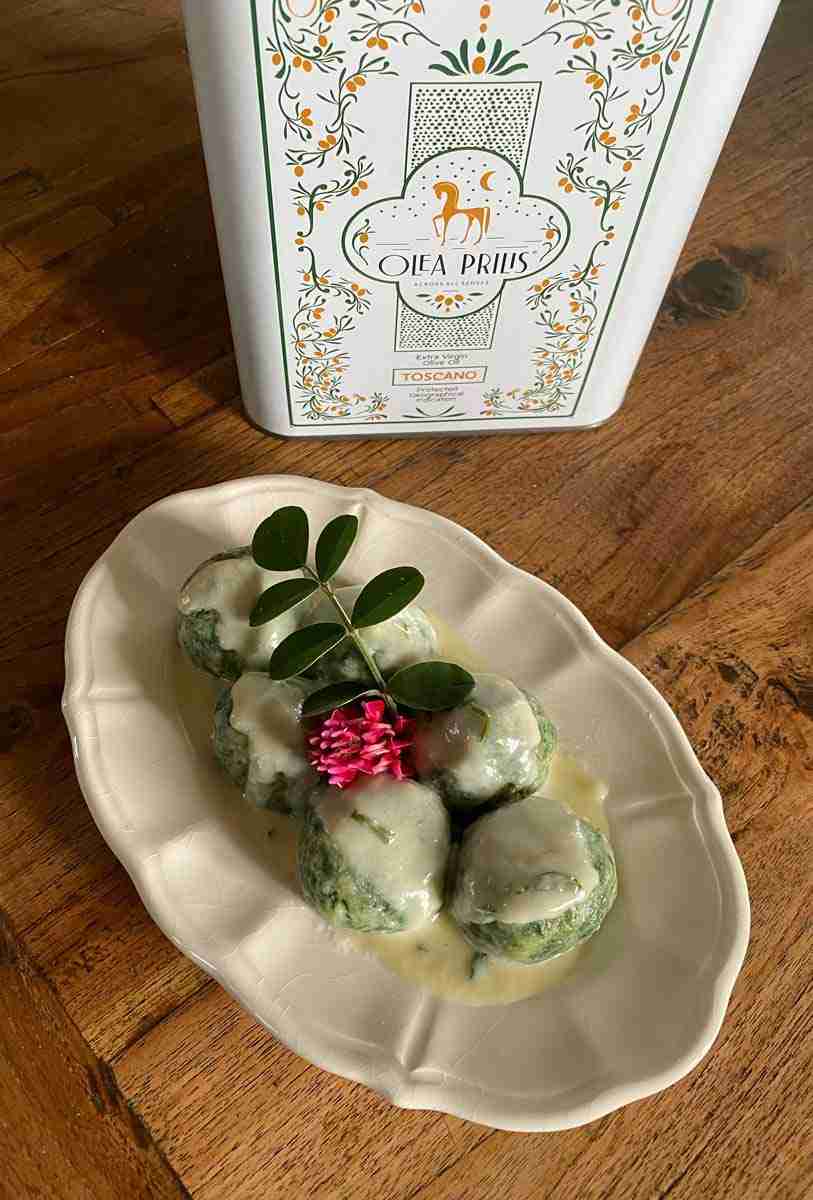 This website uses cookies to improve your experience while you navigate through the website. Out of these cookies, the cookies that are categorized as necessary are stored on your browser as they are essential for the working of basic functionalities of the website. We also use third-party cookies that help us analyze and understand how you use this website. These cookies will be stored in your browser only with your consent. You also have the option to opt-out of these cookies. But opting out of some of these cookies may have an effect on your browsing experience.
Necessary Toujours activé
Necessary cookies are absolutely essential for the website to function properly. This category only includes cookies that ensures basic functionalities and security features of the website. These cookies do not store any personal information.
Non-necessary
Any cookies that may not be particularly necessary for the website to function and is used specifically to collect user personal data via analytics, ads, other embedded contents are termed as non-necessary cookies. It is mandatory to procure user consent prior to running these cookies on your website.
Enregistrer & accepter
Go to Top