When it comes to extra virgin olive oil from a dietary point of view, most people have very confused ideas. One above all it will also do you good but is it fattening? Although extra virgin olive oil is the backbone of the Mediterranean diet, this question emerges because, despite being a food rich in beneficial properties, it is still a fat and as such is caloric and therefore could be fattening.

The doubts would seem legitimate – we also find them among nutritionists of opposite factions – but the most up-to-date studies are increasingly favourable to the consumption – albeit moderate (4 tablespoons a day) – of extra virgin oil. Have we heard this warning before? Of course: it is the same thing that the doctor always tells us about wine! But for a quality extra virgin olive oil (mind you: it must be of quality!) the benefits certainly outweigh the risks and we could well say that it is the only fat that does not get you fat!

To confirm this, a recent article has been published in the American Journal of Clinical Nutrition entitled The Carbohydrate-Insulin Model: A Physiological Perspective on the Obesity Pandemic, a paper written by a team of 17 scientists representing various institutions, including the National Institute on Aging, Weill Cornell Medicine, Duke University School of Medicine and T.H. Harvard Chan School of Public Health.

It is a document that disproves the common opinion that the excessive consumption of high-calorie, high-energy-density foods, and therefore of fats, has favored obesity in the United States, offering an alternative to the current and disappointing measure “Energy Balance Model ( EBM) “called” Carbohydrate-Insulin Model (CIM) “.

Scientists and doctors involved in this publication are calling for greater consideration of how foods with a high glycemic load, such as white bread, chips, cakes, cookies, cause our bodies to store calories in the form of fat. Consuming these refined, low-quality carbohydrates, in abundance and regularly, increases the production of insulin which stimulates the cells to store and absorb fat.

The result of this study reveals that weight gain can be reversed by replacing carbohydrates with foods rich in fat and protein, such as nuts, seeds, avocados and extra virgin olive oil, as they have no impact on insulin.

Have you already heard this too? Yes: this is the Mediterranean diet, where 40% of calories come from fat and therefore basically from extra virgin olive oil. According to the American newspaper US News, the so-called Med diet was rated as the easiest to follow precisely because with its high fat content it reduces the feeling of hunger. In fact, a low-carbohydrate, high-fat diet regulates the insulin response reducing changes in insulin levels that are the cause of the feeling of hunger. 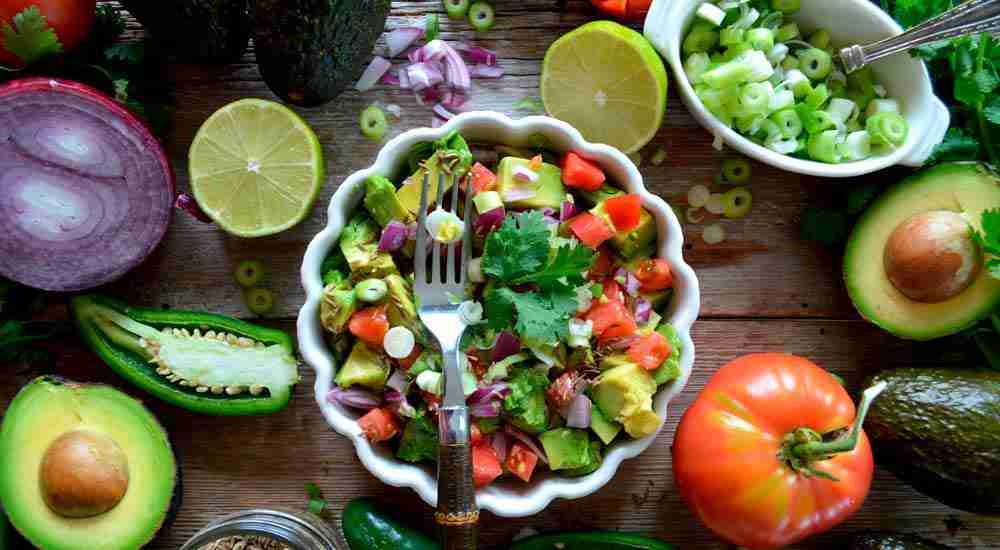 A further confirmation of the cardionascular benefits derived from EVOO, comes from a recent study published by the American Journal of Clinical Nutrition. In this case researchers have shown that overweight and obese people who reduced the amount of refined carbohydrates they ingested and increased the intake of extra virgin olive oil, while eating high-fiber foods such as fresh fruits, vegetables, nuts, beans, and lentils – had net improvements in their cardiovascular disease risk factors compared to those who followed a similar diet, lower in fat but higher in carbohydrates.

In this regard, Dr. Dariush Mozaffarian, cardiologist and dean of the Friedman School of Nutrition Science and Policy at Tufts University stated: “Most Americans still believe that low-fat foods are healthier, and this study shows that, at least for these results, the high-fat, low-carb group performed better. ”

The road to widespread food awareness is still long, but at least as far as extra virgin olive oil is concerned, we can be sure that for once the hedonistic aspect of consuming this precious food will not be denied.

The benefits certainly outweigh the risks and we could well say that it is the only fat that does not get you fat!

This website uses cookies to improve your experience while you navigate through the website. Out of these cookies, the cookies that are categorized as necessary are stored on your browser as they are essential for the working of basic functionalities of the website. We also use third-party cookies that help us analyze and understand how you use this website. These cookies will be stored in your browser only with your consent. You also have the option to opt-out of these cookies. But opting out of some of these cookies may have an effect on your browsing experience.
Necessary immer aktiv
Necessary cookies are absolutely essential for the website to function properly. This category only includes cookies that ensures basic functionalities and security features of the website. These cookies do not store any personal information.
Non-necessary
Any cookies that may not be particularly necessary for the website to function and is used specifically to collect user personal data via analytics, ads, other embedded contents are termed as non-necessary cookies. It is mandatory to procure user consent prior to running these cookies on your website.
SPEICHERN & AKZEPTIEREN
Go to Top